There was a guy in High School we called a “stoner”. In the late 80’s we put everyone in a “group”. You know…like Breakfast Club. I was a cheerleader. (Eye roll). So I didn’t really talk to many stoners. And he was smart. And he got good grades. And I never SAW him do drugs its just obviously fact when the label gets assigned……right? He’s not on Facebook now. I don’t know what happened to him. I don’t even remember his last name. And Im an asshole for that. I don’t think he did drugs. But so fucking what if he did. I should’ve talked to him then. I shouldn’t have AssUMED shit. But don’t we all. We are given a limited bit of information about someone- what we can see, what is posted on social media, what it looks like in pictures….and we AssUME. Human nature.
I’ve gone through a transformation and big life change over the past few years. And as a “public figure” (that makes me laugh) and someone who shares “everything” on social media it’s tricky. Because I’m just fine sharing all of my shit. I don’t care. I would’ve been writing about it for a long, long time. Because Im a writer and I know my sharing about my crap tastic days and my wonderful days helps other people. But here’s the thing——its not just MY story. When you have other people in your life…kids, partners, a spouse….it’s THEIR story too. Its THEIR shit too. So exposing all of that because its THERAPEUTIC for me or its just what I do might be a little selfish when the other parties in my life don’t want their shit hung out for all the public to see. And I completely and “TOTALLY” respect that.
The consequences of sharing just SOME of your life publicly is that people get to assume the rest. And I accept that. Its ok. Its what we do. Its how I treated that “stoner” all those years ago. I AssUMED. I thought I knew. But I didn’t. I didn’t have access to the whole story of his life. Nor should I have unless he chose to share it with me. And he didn’t. And I don’t blame him. I wish he had. I wish Id been mature enough not to AssUME. I wish Id seen the TOTALITY of his story. I wish we could all see the TOTALITY of each others’ stories. We just might be a little more forgiving, a little more understanding, and a little less judgmental. But its not that way. And I accept that.
I laid in an 80 acre hay field in Nebraska yesterday and watched the total eclipse. It was honestly the most AMAZING thing Ive ever seen in my life. And as I laid there I thought about how powerful that sun is. That we see it in its TOTALITY each day. In all its glory. Shining as bright and powerful as it always has. With nothing to hide. Doing its job, warming the planet and keeping my ass alive everyday. And this one day…this one period of 2 something minutes…she hid behind the moon. She got to rest. Even for just a brief few moments. And then that circle of gases became visible around the edges- crazy beautiful. All of that light seeping out of the sides. And it hit me….she’s not resting, she’s not dimmer, she’s not hiding at all…she’s still shining as bright as she ever has, powerful as ever, doing her job, being completely vulnerable and not hiding a thing. We just couldn’t see all of her. And that’s on US. (Ok its a little bit the moon’s fault too I guess). 😉
I see her more today than any other day in my lifetime. I know there’s more to the story. I know she shows her TOTAL self no matter what others think they know. And thats a lesson I can learn. And how others interpret what they see is not about me at all. Its about them.
So I’ll continue to show my totality. With respect to the others in my life for their privacy. I’ll share MY story. And hope that those reading & watching know theres always more to it. Isn’t there always more to it? Always. More than we see. More than we think we know. More than whats visible. I love life. I plan to live every single second of it with beauty and love and vigor and a gypsy spirit. And I pledge to not AssUME I know anything at all.
Happy is good place to be. Happy. Me. In all TOTALITY…..ME. 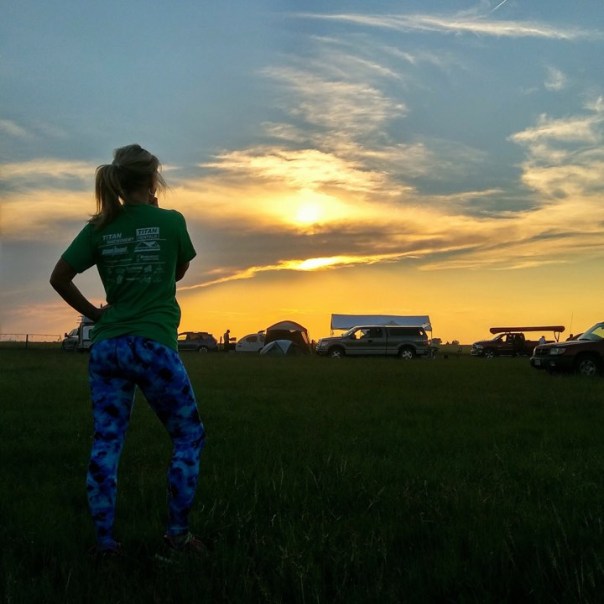 11 years. Its a long time. I miss you. You’d think it would get better. They say time heals all wounds. I don’t know who “they” are but “they” are wrong. Some wounds split you wide open and you bleed for a long time and you put some stitches in it and a bandage over it and move on. But there’s always a scar. And your skin is never EVER the same as it was before. Accepting that I will NEVER be who I was before has been a long journey. Its hard to admit that your death affected every aspect of my life. The way I parent, the way I don’t trust, the way I hide, the way I run. The way I laugh, my marriage, where I live, how I look at life, my friendships, how I travel….everything….EVERY SINGLE THING.

So I fought to be her for a long time. To remain that girl I was when you walked the Earth. I fought to be a perfect Mom & wife & friend & decorator & have a nice house & matching throw pillows & all of it. It took almost a decade to accept something very very hard to accept. She died when you died. SHE died when you died, Dad. And I hated you for that. I hated you for dying on that highway and taking all of us with you. Because you did. You took who I was with you. And finding me again has been a long journey. I’ve hurt people. Ive hurt me. Ive failed at things. Ive failed at a lot of things. Ive not been the best I could be. Ive made mistakes. Blaming you has been easy. Or blaming God or the Universe or the deer that jumped in front of your motorcycle 11 years ago tomorrow. But in the past year I realized something….its all on me. I accept that I made mistakes. I caused hurt. I hurt me. I lost me. I did that. Me.
I am impossibly imperfect and hypocritical and selfish and mean at times and impatient and too competitive and cold. You know what else I am? Im funny and kind and a deep thinker and unselfish and a good Mom and a friend who tries and a great business woman and a good hiker and a good writer and a sock collector and I can even be warm and nurturing at times. And I love hard. And its all ok. ALL of it. Every bit of who I am is ok. It has taken a very very long time to know that. To my core.
You were not a saint. Far from it. And sometimes we posthumously paint those we love with a brush that makes them seem that they were. You weren’t. You cussed a lot. You were impatient. Sometimes you drank too much. You had a short temper. You were very hard headed. You hurt Mom’s feelings a few times. You wanted things done your way always. You were also unbelievably kind and loyal and reliable and hard working and funny and adventurous and an amazing Dad. ALL of that. ALL of that is ok.
When you died I realized I don’t get to control everything. And life can hand you some shit. Some real bad ugly awful shit. I now know, its not about the SHIT. Its about the way you REACT to the shit. Sometimes I react badly. Sometimes I react in a way I am very proud of. I am human. I like rap music and crazy socks and getting my nails done. I can be vain. I love to travel. I love to read. I love my hammock. I love wearing dresses to parties and getting all fancy. I love yoga pants and solitude on a mountain. I love my kids more than they will ever know until they are parents. Im good at business. Im bad at tech. I love life. More than I ever realized before you died on that road. My friends mean the world to me. I wish I knew how to show them that more.
Of all the things that happened the week you died I’ll remember forever the lady who drove from a truck stop way up north to attend your funeral. A single older mom who worked crazy shifts to support her kids. A lady who you over tipped many many times so she could get her kids Christmas gifts. A lady we’d have never ever known about had you not died. And maybe in the end thats all its about. That you sat in a diner you may not have even loved to tip a lady extra so she could afford gifts. Maybe life is as simple as that. And assholes like me try to complicate it too much.
I went rock climbing yesterday. You’d be proud of me. I got very frustrated at one point (or 10) and was stuck in one spot. I cussed. I even slapped the rock. As if it was the rock’s fault that I was stuck. That I was too impatient to stop, breath & re look at my options. There was a route you were supposed to stick to. Certain moves you make to follow the line so you can ascend like everyone else does. I couldn’t  get my fingers placed the way you were supposed to so you could follow the line. And then I smiled because hanging there in mid air, frustrated as SHIT that I couldn’t do it like everyone else, I realized there’s not just ONE way to do things. There’s not. There’s all different paths and roads and I don’t have to follow other people’s paths. I don’t have to do it the way other people do it. And if I fuck up…then hey….THATS on me. But I can say I did it my way. They way I knew. The way that worked for me……maybe, just maybe, I was THIS girl all along.
Love you, Dad. Miss you. I’ll have a beer tomorrow alone in the driveway. Tradition. Thank you.
“I took my love, I took it down
I climbed a mountain and I turned around
And if you see my reflection in the snow covered hills
Well the landslide will bring it down”   ~ Stevie Nicks, Landslide