When I was 16 I remember driving to downtown Dallas for the first time alone. From the northern suburb of Carrollton (C-Town) where I lived with my family, downtown Dallas seemed a million miles away. I suppose it was. I remember getting turned around and lost and caught up in that tangled web of highway we called the “mixmaster”. Talk about anxiety and panic attack. For those of you under 30, there were no cell phones and no GPS devices in our possession at that time. You 100% relied on your inner compass, an old Atlas your Dad had stashed in your glove box and the Highway Signs. Those were the days. I found my way back home. Eventually. My Dad had always told me “if you get lost look for any highway sign that says NORTH. Head NORTH”. So I did. And made my way back to C-Town via I75 and the scenic farmland of Plano that is now a metropolis of suburbs.

My Mom and Dad were both born in Dallas. My maternal grandmother and my paternal grandmother were born in Dallas (one in the city and one quite rurally). My Mom’s GREAT grandfather worked for the railroad near Grapevine and my family has been in that area for 5 generations. Or more. I grew up with sweet tea and church on Sundays and new Easter shoes and Cowboys’ games and it was pretty awesome. Dallas means a lot to me. As I grew up and met people in college from other cities and eventually married and moved around….I got to see many cities, meet many people from many backgrounds, most had never even been to Dallas. Its funny- when you’re a kid your entire world consists of about 20 square acres. Back then it did, anyway. I though Dallas was the world! Guess what? Not everybody loves the Dallas Cowboys! ;)-

I understand why. If you weren’t born there, imerssed in America’s Team, taught to watch Staubach’s every move, knew Landry’s hat backwards and forwards…..then I’m sure Cowboy’s football isn’t all that important to you. It was and IS to me. Dallas is a city of juxtaposition. There are extremely poor people in urban housing that should be condemned. There are very wealthy people in mansions that rival Beverly Hills. There are taco trucks serving the most amazing tacos by people who actually KNOW how to make tacos parked in sketchy neighborhoods. And there are 5 Star restaurants where a tie is required and reservations take months to get. There are black people and hispanic people and Asian people and there’s a lot of concrete. There’s some beautiful art and amazing history. There’s the Oil Barrons’ Ball and Gay Pride Parade. (Guess which one I like better) 😉 There’s a moment in history frozen here at the 6th Street Museum that we’d rather not have had happened….but we accept it, and honor it. There’s amazing music venues and ranches and restaurants and architecture and sports. There’s stadiums that seat a bazillion people and back country hole in the wall dance halls that no one knows about.

I was born and raised in Dallas. So were my siblings and my parents. It is my home. It will always be my home. My Mom is moving away from Dallas soon. Then I will have  only my brother there. And that kind of hit me. For the better part of 45 years my entire immediate family lived in the Dallas area. It was one stop shopping. I could fly in and see everyone once I moved to Colorado.  I think in my heart I assumed it would always be that way. The truth is…things have changed a lot in 45 years. People used to work for the same company all their lives and families stayed within neighborhoods of each other. We don’t do that so much anymore. With technology and the ease of flying and the ability to move ANYWHERE…..we have. And progress is good I suppose. Moving to Colorado was one of the best decision I ever made. My soul is happy here.

But there’s a little part of me that is sad. I have friends in Dallas. They are more than enough reason to visit. My Dad and grandparents are buried there. But it seems to just get further away as time passes.  And though I am ELATED to build my home here in the mountains, happier than Ive been in a very long time, excited for things to come….a part of my heart stays in Dallas. Always has. Always will. I love that city for what it gave me, what it made me, what it taught me. I think when I drove away at 18 to college is when I knew you can never really go HOME again. Its never the same. It can’t be.

There’s some stereotypes of Texans. Of Dallas-ites. Some may be true. Some make me cringe. Ive never seen as many cows and horses or owned a pair of boots until I moved to Colorado- figure that out! But I am unapologetically proud to be a native Texan, a native Dallas-ite. To have grown up in such a place. A vibrant city full of culture surrounded by country.

I get a little homesick around the Holidays. But Ive come to realize its not about a location. Its about the people I miss. I miss my Dad. More than I can express. I miss my grandparents- all 3 of them. I miss my sister, my brother and my Mom. And I know geography has scattered some of us and thats how it goes I suppose. Funny thing about time…you can’t stop it. We grow, we flourish, we move, we find our own way. But at the root of how we got there was a sharp turn on I35 going South where a billboard with a REAL waterfall and a beer slogan let you know that you were home. 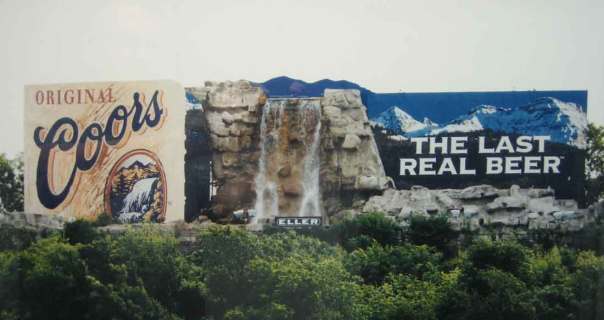